I had basically ordered this e-MOOK from Angelic Pretty for the Sugary Carnival tote. The one Sweet piece I thought would be suitable for me, a casual bag.
Everyone who knows me knows I have always been personally ambivalent about prints in my wardrobe with few exceptions, even outside Lolita Fashion. Much to my surprise, the styling of the e-MOOK’s first photo-spread was really sophisticated, interesting and also seemed atypical of the usual AP styling and…
it really caught my attention.

All but one are full prints but I could wear these things, styled like this.
ME, in Angelic Pretty.
Amazing.
That is another story, that began my journey on the road to ACen 2014 and an Angelic Pretty Tea.

(Not linked because its currently not in stock anywhere) 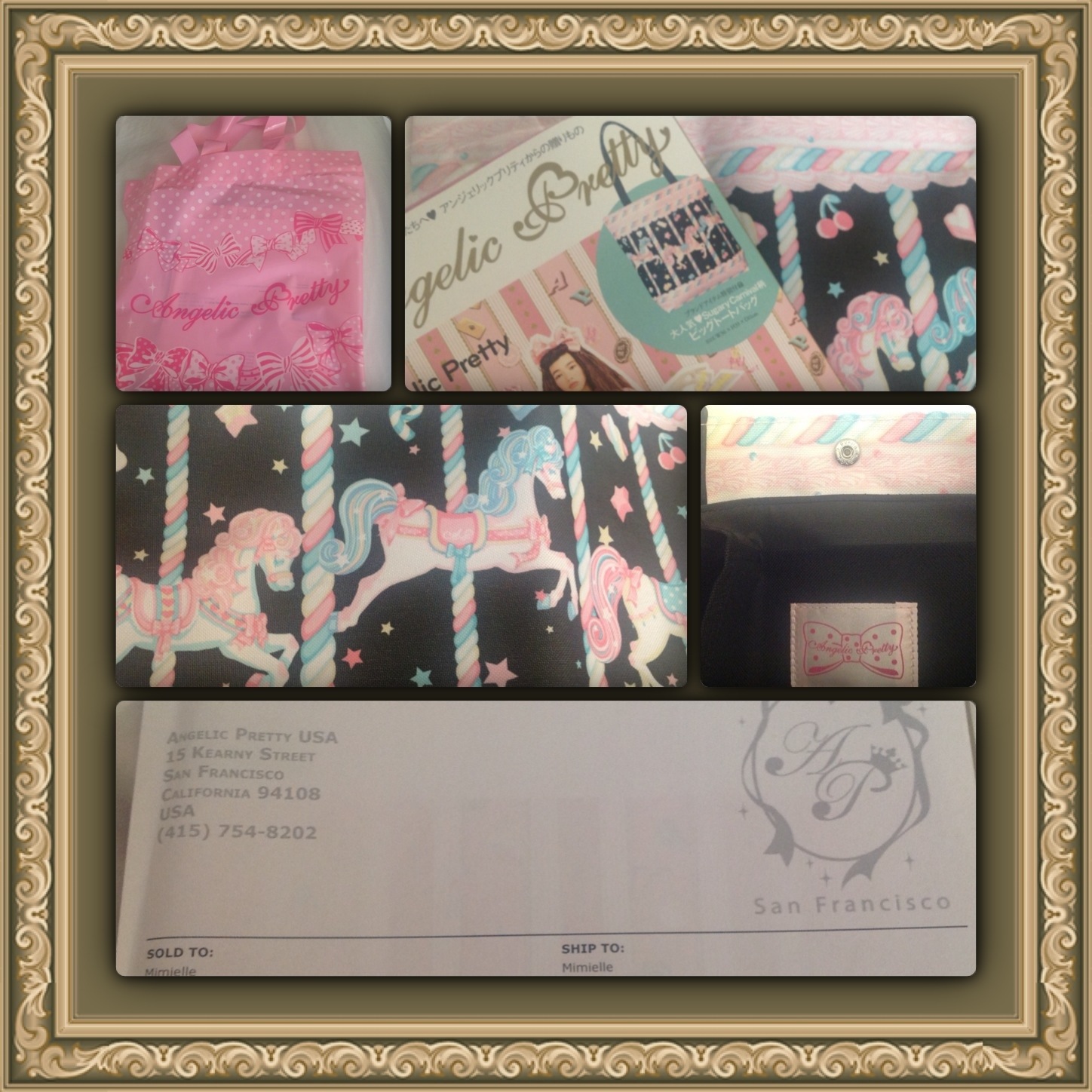 In the e–MOOK’s first feature, Titled Bienvenue Au Angelic Pretty Musée, each of the 8 coordinates, worn by the same model, are shown in a single page, in a carved, painted frame with a descriptive ‘museum’ tag underneath it.
Styling: Miki Aizawa
Photography by Shinichi Sasake
Hair & Makeup: Fusae Tachibana
Model: darla b 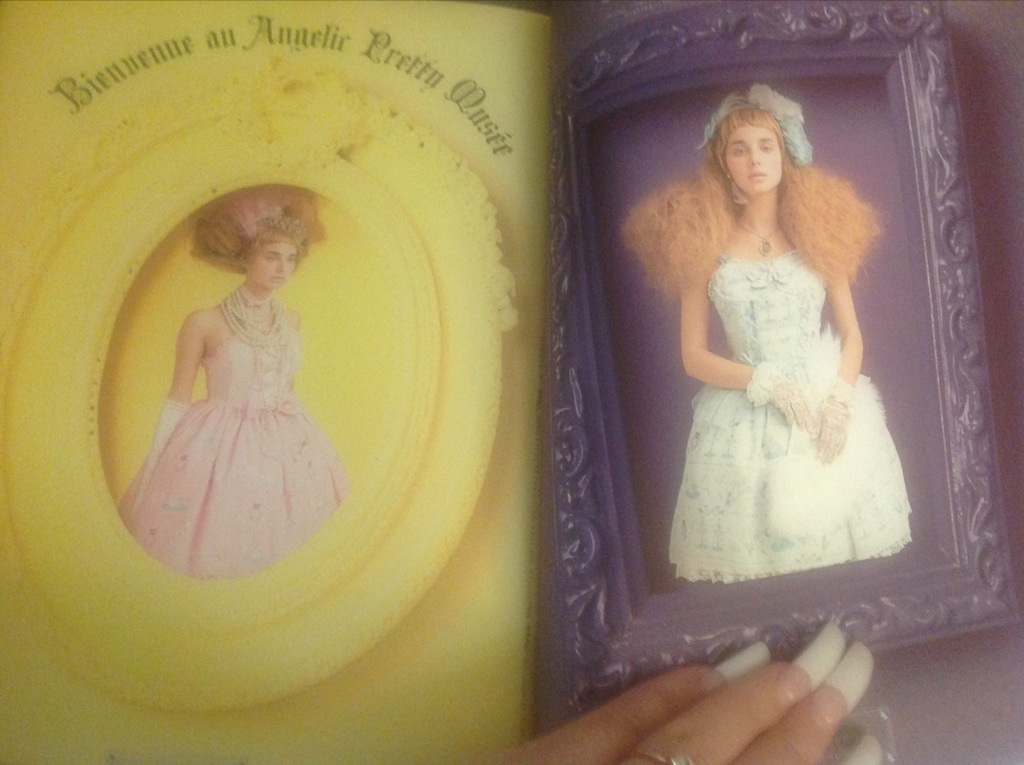 I like these stylings very much, this feature has really shown me that I have just kind of undervalued the AP brand for myself, and sold it short as something for very young, Sweet Lolitas. This misconception of mine was mostly just due to the way its typically styled.
Not so with this shoot, it put me in mind of at least regular RTW runway styling, if not some Haute Couture shows, very fashionable by any standards and especially so for this niche in the market. Even the least mature of the prints, Marshmallow Bunny, was styled with a hat/veil.
The makeup for the shoot, while on the ‘natural’ side for most of the shots, is heavily and skillfully contoured and the hair is far from the typical Lolita styles. There WAS one striking dark lipstick look though, shown with Toy March. 😉 The footwear and legwear were not visible in this article, they were more 3/4 length portraits.

I’m glad to see that the e–mook shows plenty of skirts pretty high above the knee, most notably a full page devoted to Cinema Doll and a styling of Gloria with quite a bit of thigh showing over the OTK . A few pairs of the dread ‘low socks’ are in evidence as well.

Other notable trends include more natural colored wigs, some Hime stylings as a complete look, and some elegant headpiece and pretty gold and silver jewelry stylings along side the hat+bow+bow looks and acrylic accessories.
Lastly some sheer and net fabrics are shown in tights, over-skirts and gloves.

As usual, the street snaps sections featured many varying lengths of skirts and socks, but it is a very tightly curated selection, with a double page spread devoted to Tokyo and in-shop photos, then a 3 page section of global street snaps, organized by continent. The latter is where the majority of the iconic OTT coordinates are featured.

I think a lot of the very young and cute stylings really are adorable and will always be a major feature of the Lolita style, and something AP has always done so very well…but the Lolita Fashion itself and its vanguard are getting older too, and so to see both the old-school revival and these new AP stylings, now that speaks to the ability to also continue to evolve and mature and stand the test of time for us all.
The majority will ‘leave Lolita’ at ‘a certain age’, that’s always been so, but seeing this e–MOOK on the heels of the BPN bankruptcy news was just a bit heartening.

A list of the Lolitas in the street snaps at Alyssiumbaby