A year ago EGL and the EGL comm sales banned discussion and sale of illegal replicas. You can read about it here and read my post about it here.

I still very much sense the polarization at the extremes, my own local comm still maintains the original replica-friendly policy, and I’m more than a bit glad it just was simply not my decision to make. I’ve skirted a very similar difficult decision regarding recast or bootleg ball-jointed dolls as the founder of my local doll group but that’s just because it hasn’t come up yet. I’m actually taking this as a lesson and going to discuss it with my co-admin so we can make policy before rather than after it becomes an issue.* The Replica-chans were in part upset because many woke up one morning to find their replica dresses were just suddenly off-topic in the major online community. On a related note, the major online doll community, Den of Angels, banned recast dolls very early in the game and while there is still snark about it, most current hobbyists never awoke to their doll that was perfectly acceptable suddenly being shunned or verboten on the comm. Maybe if the stand on EGL had been taken earlier, the outbiirk would have been considerably less, there is no way of knowing.
My opinion on the Replica Ban: I am glad that when the issue was addressed by Angelic Pretty, EGL took a strong stance for the community that keeps it line with the LiveJournal TOS, safeguarding it from being reported or deleted. I do not endorse replicas (as defined by EGL policy) for any reason. I consider them art theft. Period. 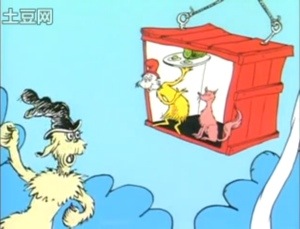 And unlike good old Sam I Am…
I will never ‘come around’.

*Update: in the late summer or early autumn of 2013, the subject of bjd bootlegs came up locally in an oblique manner in the meet-up group that I co-host. I formally and publicly banned them from our official doll meets.